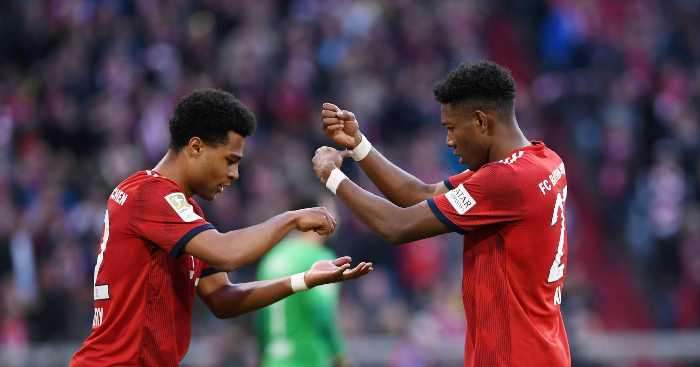 Former Arsenal forward Serge Gnabry made a mockery of Borussia Dortmund as he scored to put Bayern Munich four goals ahead before half-time.

The top of the table clash was billed as the biggest Bundesliga game in years, with Dortmund going into the match two points clear, giving Bayern – who have won the last six titles – rare competition for the title.

However, it turned out to be a familiar story as Bayern took the lead after ten minutes through Mats Hummels, while fellow former Dortmund man Robert Lewandowski doubled it seven minutes later. In the end, they romped to a 5-0 win.

Gnabry piled on the misery as he added the fourth and celebrated by doing an NBA-inspired cooking celebration with David Alaba. Watch below: