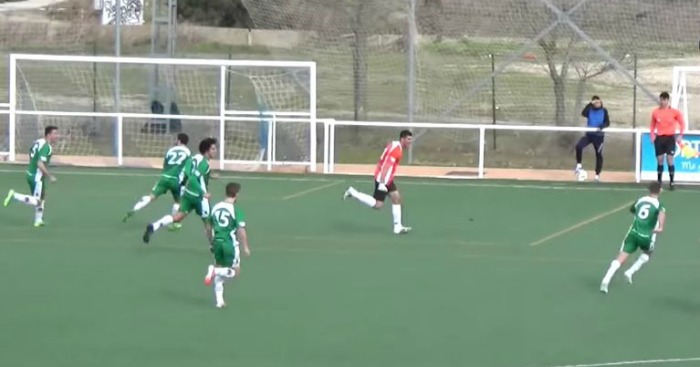 A goalkeeper scoring a goal is one of the greatest sights in football.

The excitement of seeing a stopper venture forward for a late corner or free-kick is almost unbearable, but watching a keeper put one past his opposite number from his own box is arguably even more mind blowing.

Paul Robinson, Tim Howard and Asmir Begovic have all done it in the Premier League, and Salvador Sanchez de Lope managed to replicate the feat for Spanish fourth-division outfit CF Pozuelo de Alarcon this week.

To make the goal even more impressive, Sanchez de Lope’s effort was the decisive strike in a 1-0 victory over Portilla on Sunday

CF Pozuelo de Alarcon is a club from the suburbs of Madrid, and while they are tiny in comparison to neighbours Real and Atletico, thanks to their goalkeeper’s thunderous right boot, they can now claim to be the talk of the town.