Watch: Goalkeeper trolls fans and gets sent off before kick-off in final 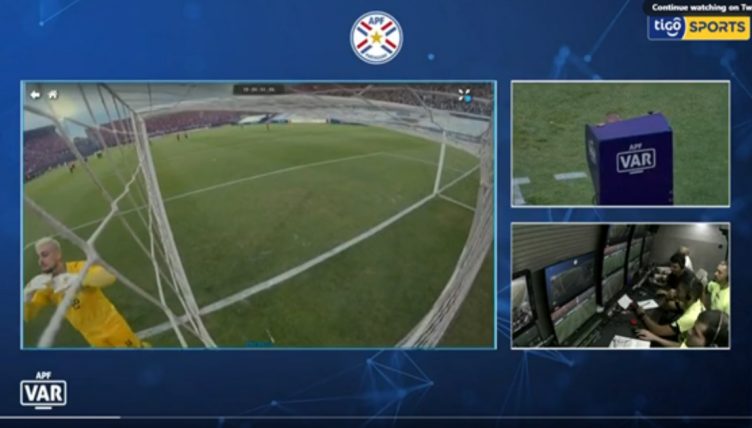 Fernandes, who is on loan at Cerro Porteno from Sao Paulo, was named in the starting line-up and walked towards his goal before kick-off.

But he can be seen holding his hands across his neck and gesturing towards rival fans after having a number of objects thrown at him.

After a VAR review, the match officials deemed this to be a provocative move and sent the player off as a result. To make matters worse, his side then ended up losing 3-1 to their arch-rivals.

“When I went to put my rosary by the side of the goalpost, something which I always do, the rival fans began to throw several things at me including firecrackers,” Fernandes said on social media after the game.

“I reacted by making a gesture which in Brazil is normal. A player called Gerson celebrates like that. It’s called the ‘vapo’ gesture.

“I don’t know what the ref thought but he ended up red-carding me. It was a misunderstanding.”