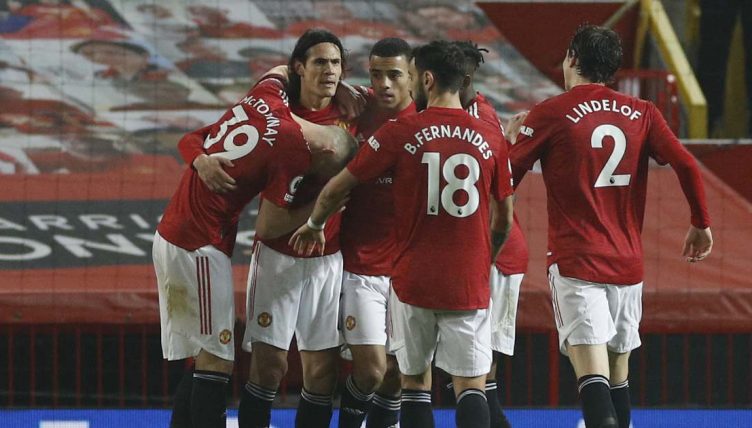 Alexandre Jankewitz was shown a straight red card for a horrific tackle on McTominay inside the first two minutes, helping United take control of the game.

The Red Devils were already winning 3-0 when Cavani headed home Luke Shaw’s cross in the 39th minute for his first Old Trafford goal.

McTominay then went to congratulate his team-mate, shouting “golazo” at the Uruguay international.

Cavani sustained an ankle injury on the stroke of half-time and was replaced by Anthony Martial, who scored a brace in the second half.

McTominay also got his name on the scoresheet before trying to encourage Daniel James to pick the ball out of the net after their ninth goal as a ruthless United side tried to reach double figures.