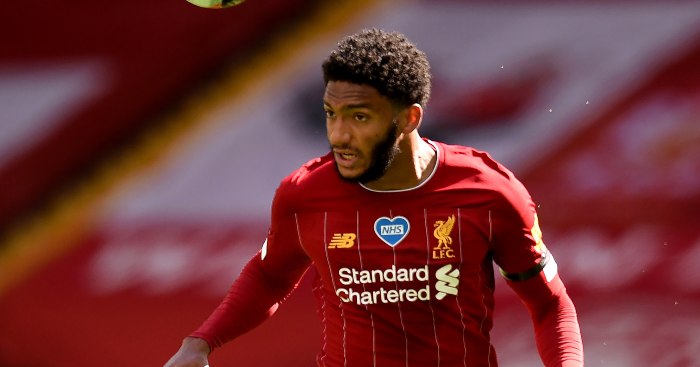 Stuttgart have confirmed Erik Thommy suffered a broken elbow in their 3-0 pre-season friendly defeat to Liverpool following a heavy challenge from Joe Gomez which saw the winger collide with the advertising hoardings.

Goals from Roberto Firmino, Naby Keita and Rhian Brewster – which you can watch here – saw Liverpool ease to victory against the newly-promoted Bundesliga outfit in what was their first friendly of pre-season.

Liverpool were also left impressed by the performance of 17-year-old defender Billy Koumetio, although new left-back Kostas Tsimikas was given a not-so warm welcome to the club by James Milner.

The game proved less fruitful for Stuttgart, who also lost Roberto Massimo to an ankle injury as well as Thommy.

Was Gomez’s slight nudge naughty or fair game? We’ll let you watch the clip to decide for yourself.