Watch: Gonzalo Higuain kicks own coach after losing his sh*t in training 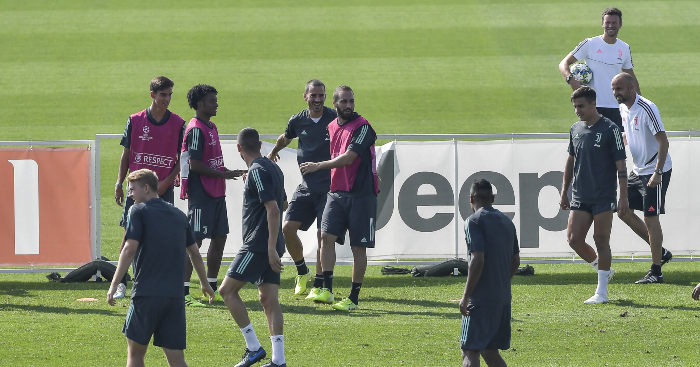 Gonzalo Higuain prepared for Juventus’ Champions League clash with Atletico Madrid by being that one pr*ck at training who takes things far too seriously.

After spending last season out on loan at AC Milan and Chelsea, Higuain was expected to leave Juventus permanently this summer, yet has found himself in the first-team picture after being reunited with manager Maurizio Sarri, who he shone under at Napoli.

The striker has started all three of Juve’s opening Serie A matches, scoring once against Napoli in a crucial 4-3 victory.

But that has clearly not calmed the 31-year-old’s temper, as he lashed out at his own coach before kicking the sh*t out of an advertising hoarding in training.