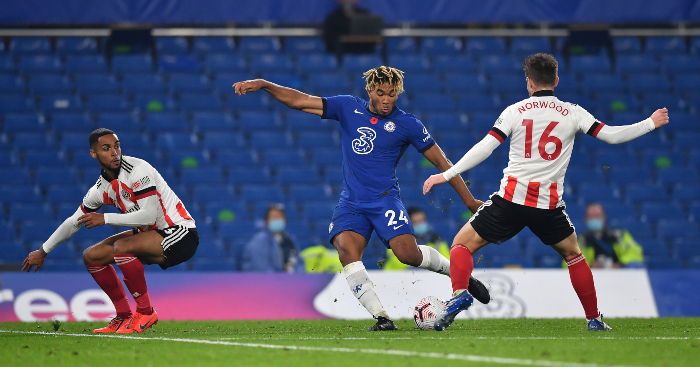 Never one to shirk away from a physical confrontation as a player, you’ll be surprised to hear Graeme Souness really enjoyed Reece James treating Max Lowe like a “rag doll” in Chelsea‘s 4-1 win over Sheffield United on Saturday.

James has been in fine form for Chelsea in recent weeks, so much so that we dubbed the right-back the Cobham Cafu in the wake of yet another superb assist in midweek.

And he caught the eye yet again in Chelsea’s big win at Stamford Bridge, which took Frank Lampard’s side to within just one point of Premier League leaders Southampton, albeit with a number of teams around the Blues still to play this weekend.

James won the free-kick that led to Hakim ZIyech crossing for Thiago Silva to score Chelsea’s third goal of the day, attracting a foul from Lowe before tossing the player to the floor with remarkable ease.

Souness had plenty of praise for James after the game, and the 20-year-old’s physicality did not go unnoticed by the former Liverpool hero, who you suspect may have done a lot more than throw Lowe to the floor…