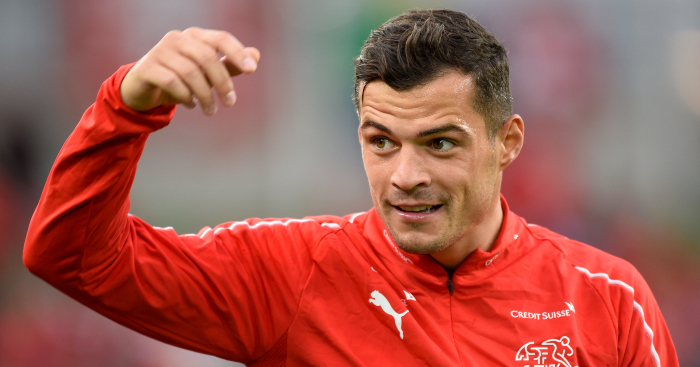 Stephan Lichtsteiner may have left Arsenal in the summer – but he’s still managing to provide Gooners with a laugh after combining with Granit Xhaka in a farcical free-kick routine in Switzerland’s 1-0 defeat to Denmark on Saturday night.

Lichtsteiner did not exactly make himself a fan favourite at Arsenal last season, as the ageing full-back struggled to find his best form after being parachuted into the Premier League for a solitary campaign.

Xhaka, meanwhile, has been the subject of plenty of ire from Arsenal fans recently, with his performances now even more under the spotlight after he was handed the captain’s armband.

And so it didn’t come as the biggest surprise when the duo planned what they seemed to think was a clever and intricate free-kick routine for Switzerland – and completely failed.