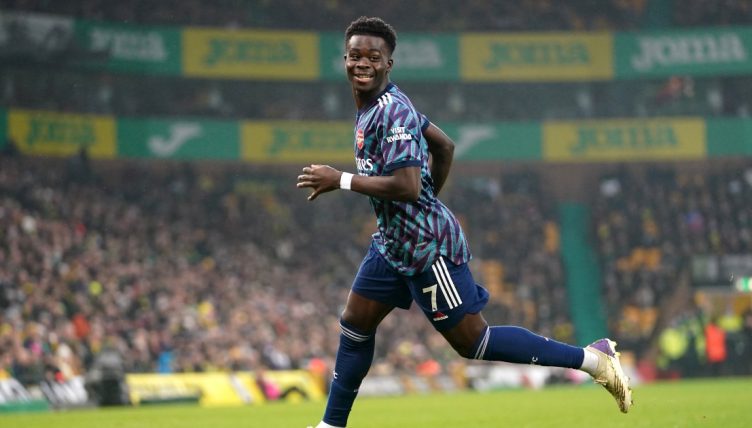 Arsenal forward Bukayo Saka was nearly on the receiving end of a Granit Xhaka tackle after scoring against Norwich City.

The England international opened the scoring in the sixth minute at Carrow Road, becoming the second-youngest player to score 10 Premier League goals for Arsenal.

After Kieran Tierney doubled their lead, Saka made it 3-0 with a brilliant strike in the 67th minute before running off to celebrate.

Xhaka, who has made more than his fair share of reckless challenges during his time at Arsenal, jokingly tried to kick his team-mate but couldn’t catch up with him.

Saka has now registered five goals and four assists in the Premier League this season and manager Mikel Arteta was full of praise for him after the game.

“To play in those positions for a big club like us, you need to be producing goals and assists every single game, it’s what we demand from him and he has the capacity to do it and he’s doing it better and better,” Arteta said.

“Every single player is important, the senior players are performing and giving a lot of stability and direction to the young players and it’s the right mix.”