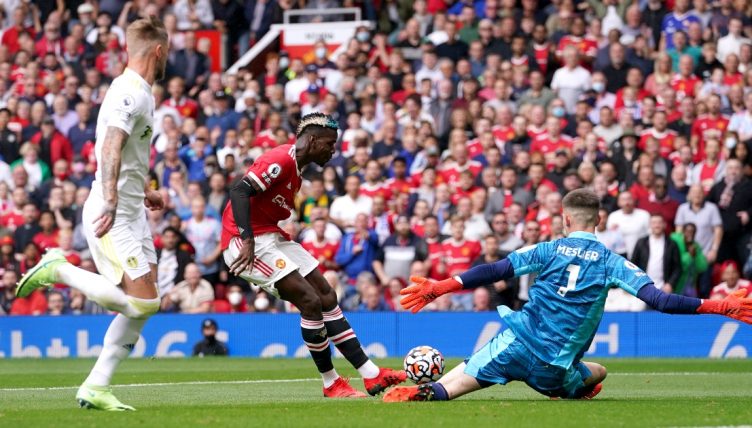 The first weekend of the 2021-22 Premier League season got underway with the small matter of Manchester United versus Leeds United at Old Trafford – and Mason Greenwood and Paul Pogba nearly made it the perfect start.

It was the first clash between the arch-rivals in the top-flight with fans from either side allowed back in the stands since the Whites’ promotion in 2020.

The game was just 12 minutes old when Ole Gunnar Solskjaer’s side were given the perfect opportunity to put their noses in front. Some brilliant work in midfield saw Greenwood running at the Leeds defence, nutmegging Pascal Struijk as he did.

His pass to Pogba was perfectly weighted too, the Frenchman now one-on-one with Illan Meslier. As the goalkeeper rushed out, Pogba tried to fool his compatriot with a stepover.

It seemed the only person Pogba managed to fool was himself, however, sending his subsequent left-footed finish comfortably wide of the goal. Thankfully for him, Bruno Fernandes spared his blushes soon after.