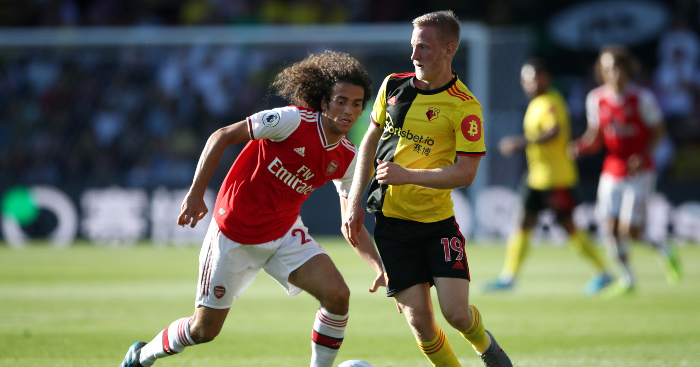 Matteo Guendouzi was left with egg on his face after Arsenal blew a two-goal lead to draw 2-2 with Watford at Vicarage Road on Sunday.

Arsenal were cruising at half-time against their close neighbours after Pierre-Emerick Aubameyang scored twice.

But Watford turned the game on its head after the break and made the visitors nervy after Tom Cleverley capitalised on some terrible defending to pull one back.

Guendouzi was taken off 15 minutes later and taunted the Watford fans, holding up the scoreline with his fingers as he walked off the pitch.

The midfielder was made to look foolish, however, as Watford equalised in the 91st minute through a Roberto Pereyra penalty.