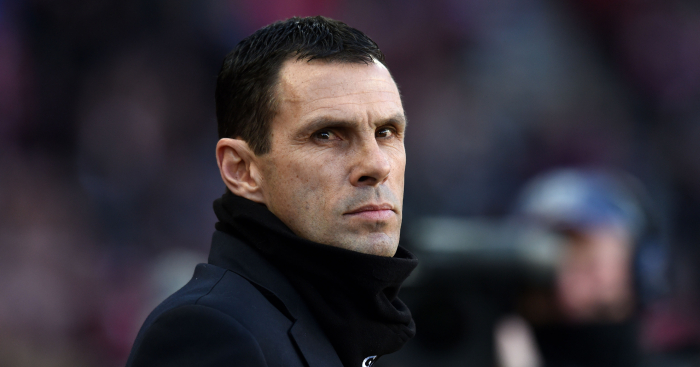 Bordeaux have suspended former Chelsea midfielder Gus Poyet after an incredible rant in a press conference.

Poyet was left fuming after the club went behind his back as they sold striker Gaetan Lombarde to Ligue 1 rivals Montpellier, and the manager did not hold back in the press conference ahead of this weekend’s match at Toulouse.

The 50-year-old had just guided his side to success in their Europa League qualifier against Mariupol, but described it as his “worst day at this club”.

Poyet fumed in a short press conference, which the Bordeaux press officer attempted to cut even shorter as he ranted about a club executive who was speaking to the media.

“What the club has done today is a no, and it has to end here,” he raged. “We arrived at the hotel at 11:45am today and Laborde was not there. No-one told me anything.

“It’s a shame this has been done to me, to the players and to the supporters. I will demand an explanation.”

Poyet went on to get agitated at a journalist suggesting otherwise, lamenting a Bordeaux executive who he thought was attempting to stab him in the back.

Watch the clip in full, with subtitles, below.