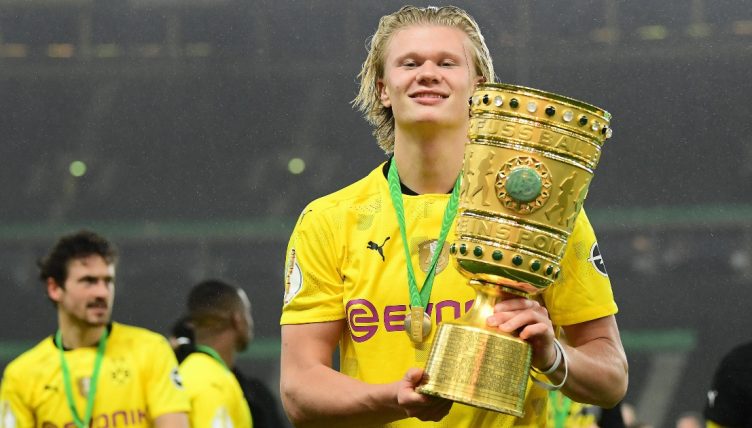 Erling Haaland could barely contain his joy after winning his first piece of silverware with Borussia Dortmund, and didn’t mind his language in his post-match interview.

They were particularly strong in the first half, racing into a three-goal lead by the break, before allowing Julian Nagelsmann’s side a sniff of a late comeback in the second half before the Dortmund striker killed the game in the 87th minute.

“First half was good but the second half was shit,” was Haaland’s assessment of how the game went, channelling Gennaro Gattuso’s iconic “sometimes maybe good, sometimes maybe shit” rant.

The 20-year-old Norway international has recently missed a fortnight’s football due to injury, but there didn’t appear to be any rustiness on his return.

Dortmund round off their Bundesliga campaign with matches against Mainz and Bayer Leverkusen. They’ve recently moved back into the top four and will be looking to secure Champions League qualification, which would surely be pivotal in their chances of keeping Haaland at the Westfalenstadion beyond this summer.

For old times sake, you can never watch this classic Gattuso press conference from his time in charge of OFI Crete too many times.