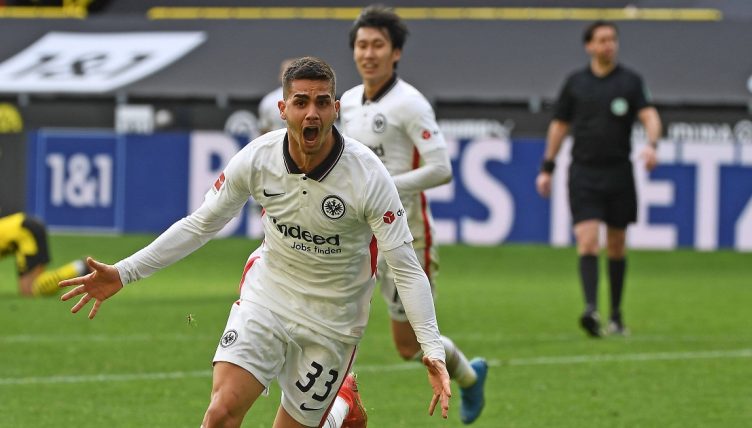 The likes of Chelsea, Manchester City, Real Madrid and Barcelona will have kept a keen eye on events in Dortmund on Saturday afternoon as the prospect of Erling Haaland moving this summer became more likely.

Borussia Dortmund suffered a hugely costly 2-1 defeat at home to Eintracht Frankfurt, a result that leaves their hopes of Champions League football next season hanging by a thread.

Last month Haaland broke the record for becoming the youngest and fastest player to reach 20 goals in the Champions League, having done so in his first 14 games in the competition.

Amid reports that his father Alf-Inge Haaland and agent Mino Raiola have been meeting with some of Europe’s biggest clubs this week, including Barcelona, you’ll imagine the 20-year-old superstar will want to continue playing in Europe’s most prestigious competition next season.

But his current club don’t look likely to be there. After Andre Silva’s 87th minute goal at the Westfalenstadion, Dortmund have fallen seven points behind Eintracht Frankfurt in the race for the Bundesliga’s top four.

Haaland has understandably received plenty of attention this season, but Silva’s headed effort actually saw him move ahead of the Norway international in the Bundesliga scoring charts – it was his 22nd goal of the campaign.

Watch the goal that may have sealed their fate below: