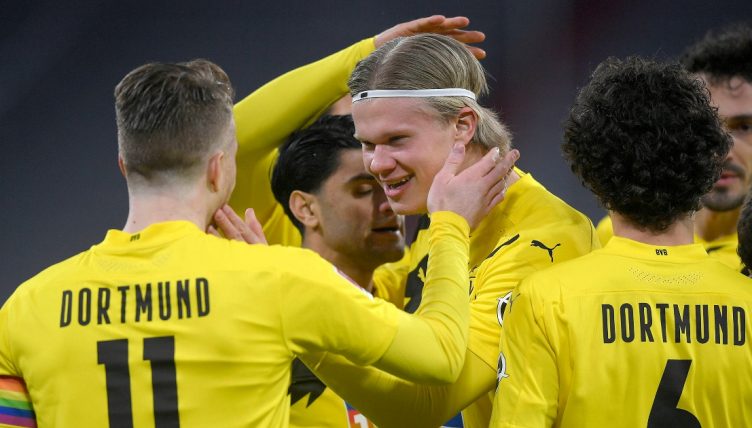 It’s not difficult to see why Borussia Dortmund‘s Erling Haaland is being spoken of as a player that will dominate European football for years to come, given his record in big games.

Haaland had already scored two goals in his first three matches against Bayern Munich, and he added to his tally with two goals in the first 10 minutes of Dortmund’s clash with the perennial Bundesliga champions on Saturday evening.

The first was after just 74 seconds, a lethal bottom-corner finish, and the second followed soon after, showing intelligent movement to drift in and finish at the near post, giving Dortmund an early two-goal lead in Bavaria.

Before the match, Bayern boss Hansi Flick said: “The future can belong to him if he continues like this. He has everything it takes: he’s fast, has a good finish and the mentality to want to win games and score goals.”

The movement. The finish. This guy is a pure striker! pic.twitter.com/SC4cym7SiL