Watch: Hakan Arslan gets sent off for showing ref replay on mobile phone 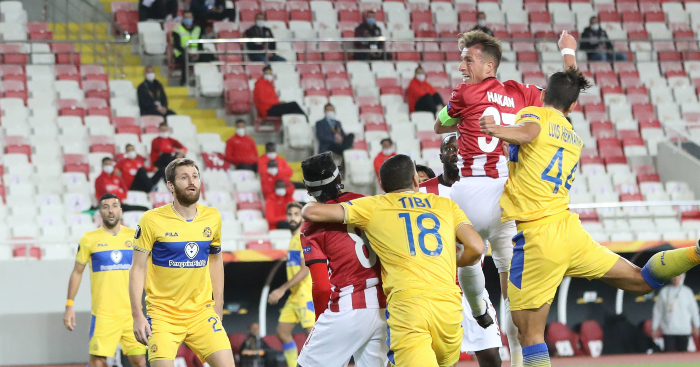 Part of the argument for implementing VAR was that it started to feel a bit silly watching referees get decisions wrong at first glance when fans in the same ground could watch a replay on their phones and instantly see for themselves whether the call was correct or not.

Well, it’s fair to say that Sivasspor captain Hakan Arslan took that logic a little too far in his side’s 3-0 defeat at Besiktas in the Turkish Super Lig on Monday.

Sivasspor were 1-0 down in first-half stoppage time when Arslan became incensed with the referee’s call that the ball hadn’t crossed the line for a throw-in.

The 32-year-old took it upon himself to show the official a replay of the decision on his phone. His actions earned him a yellow card, and his furious protests earned him another as he stormed off down the tunnel.

Given Sivasspor went on to lose 3-0, Arslan should probably have wound his neck in. It wouldn’t have been as funny, mind.