Watch: Hamann on the night Carragher got him into trouble with police 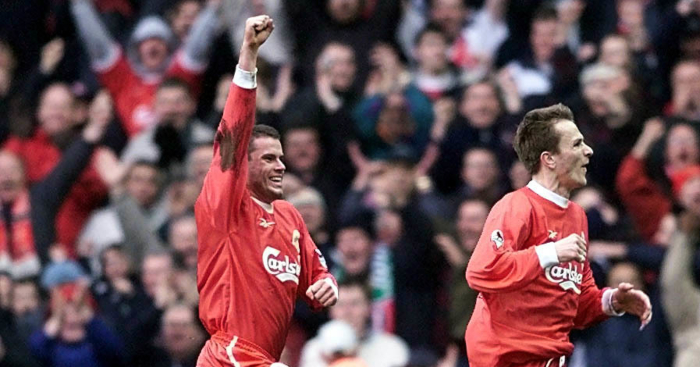 Former Liverpool favourite Didi Hamann has revealed a night out with Jamie Carragher in Japan led to him getting into trouble with some police in 2005.

Liverpool were in Japan to compete in the Club World Cup, following on from their success in the 2005 Champions League final against AC Milan.

The Reds beat Costa Rican outfit Saprissa 3-0 in the semi-finals only to lose 1-0 to Sao Paulo in the final.

Hamann was not fit to take part in the tournament but travelled with the squad in the hope he could perhaps prove his fitness to manager Rafa Benitez.

His attempt proved in vain, but after the match he joined Carragher and some of the defender’s friends on a night out to watch Arsenal vs Chelsea in a bar.

Watch Hamann talk about how the night subsequently “got a bit out of hand”, which ended with the comical scene of the group running away from the police.

🗣"It got a bit out of hand towards the end and the police arrived" @DietmarHamann shares a story about a night out in Japan with @Carra23 #SkyFootballShow pic.twitter.com/m1x0qRyJ2v