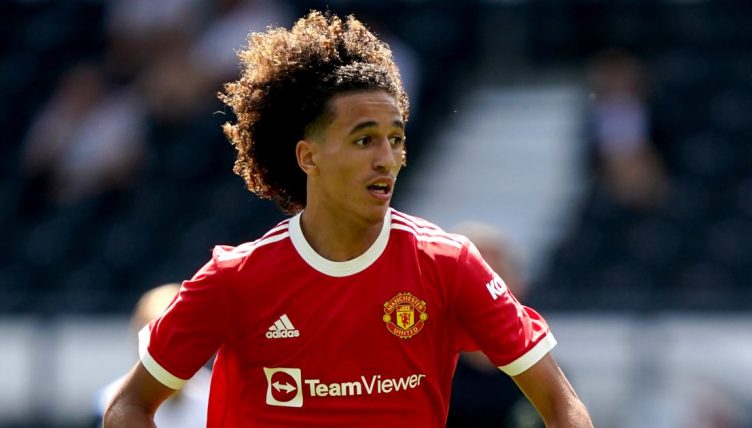 Cristiano Ronaldo returned to Manchester United training this week – but it was teenager Hannibal Mejbri who stole the show.

Mejbri, who was signed from Monaco in 2019 for a reported fee of £9.3million, made his senior debut at the end of last season in their 2-1 win over Wolves.

He was also named as United’s Under-23s Player of the Year after registering four goals and eight assists in Premier League 2 in 2020-21.

The 18-year-old is renowned for his dribbling ability and impressive footwork, regularly humiliating players in training.

“He is composed, can go past a player and break a line,” a United source told the Athletic in 2020. “He actually takes the piss sometimes against players a couple of years older than him. He’ll feint to strike then drag it and shoot the other way.”

After Van de Beek returned the favour, the teenager then used his quick feet to leave the Brazil international in his wake.