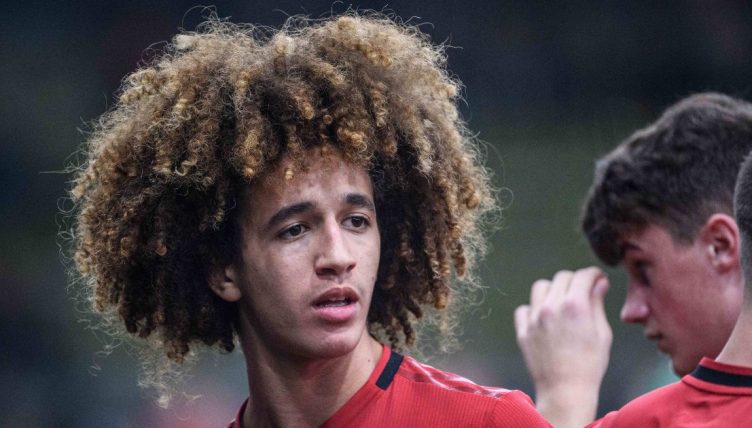 Hannibal Mejbri had a mixed evening during Manchester United Under-23s defeat against Derby County, scoring a stunning goal before later getting sent off.

Mejbri, who was signed from Monaco in 2019 for a reported fee of £9.3million, has been impressing for Neil Wood’s side in Premier League 2 this season.

Having showcased his skills in their 6-2 win over Derby last week, the 18-year-old started against the same opponents on Monday night.

He opened the scoring inside the opening 30 minutes, picking up the ball on the edge of the area before firing a brilliant strike into the top corner.

Derby equalised through Cameron Cresswell in the 51st minute and Mejbri felt that the goal should’ve been disallowed as he had suffered a head injury in the build-up.

After being fouled moments later, the midfielder couldn’t hide his frustrations and received a second yellow card for waving an imaginary card at the referee.

Derby quickly capitalised on the man advantage and Louie Watson made it 2-1 before Cresswell got his second goal of the game.