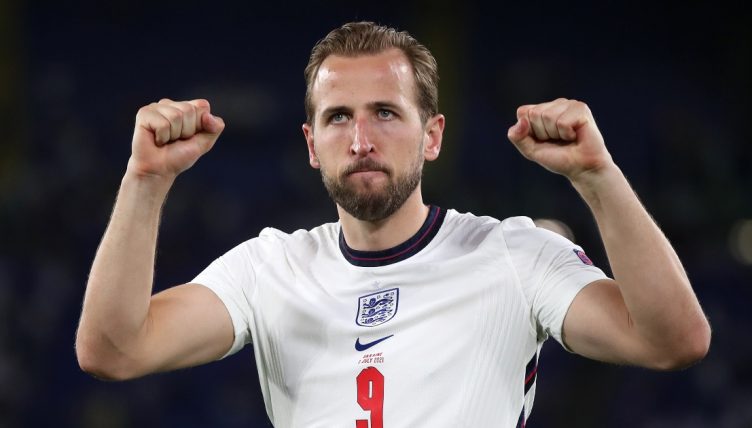 England and Tottenham captain Harry Kane was inches away from scoring the goal of the tournament with a spectacular volley during the 4-0 thrashing of Ukraine.

Kane had faced criticism for his goalless performances in the group stages of Euro 2020 but scored the second goal during the famous 2-0 win over Germany.

And the 27-year-old took that momentum into Saturday’s quarter-final in Rome, scoring two poacher’s goals as England took the game away from their opponents.

While those strikes were classic Harry Kane goals, he was inches away from adding a more spectacular effort to the scoresheet.

He latched onto a poor headed clearance and unleashed a stinging volley towards the top corner of Heorhiy Bushchan’s goal.

The watching millions across the nation were primed for the net to bulge, but Bushchan pulled off a spectacular save.