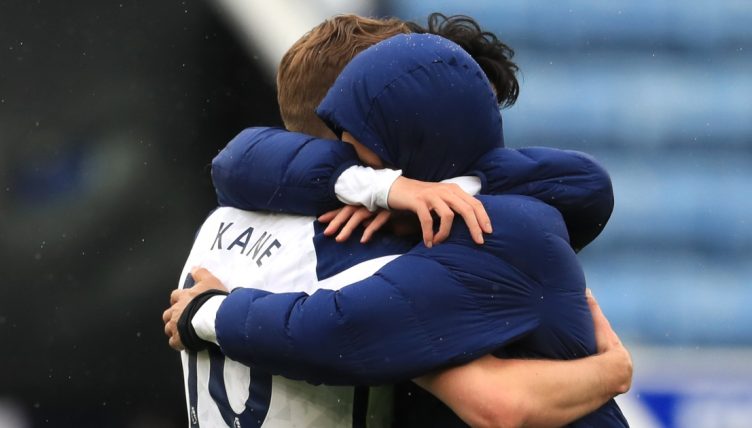 Kane has publically expressed his desire to leave Spurs this summer, with the likes of Chelsea, Manchester City and Manchester United reportedly interested in his signature.

But the England captain still put in a stellar performance as Ryan Mason’s team twice came from behind to beat Leicester 4-2 and secure a spot in the inaugural UEFA Conference League.

Kane scored Spurs’ first equaliser and was overcome with emotion at the final whistle.

He made a beeline for teammates Son and Alli and the trio hugged at the centre of the King Power Stadium pitch.

All three players have provided Tottenham fans with exciting moments over the past few years and the significance of the embrace will not be lost on their support.