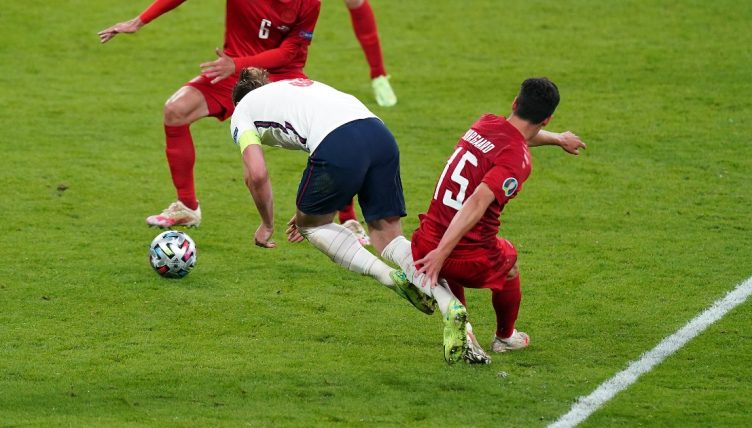 Tottenham striker Harry Kane went down in the box and believed he should have had a penalty while England‘s Euro 2020 semi-final against Denmark was on a knife-edge going into the closing stages.

A huge roar went up from the Wembley crowd as the England captain went down inside the box, but referee Danny Makkelie pointed in the other direction and gave a free-kick to Denmark in the 73rd minute with the score tied at 1-1.

There was a brief pause as VAR checked the incident, but Kane and his team-mates were left disappointed as nothing was given.

The ITV commentary team and former referee Peter Walton were not convinced as the striker’s legs tangled with those of Brentford midfielder Christian Norgaard, who had recently been introduced as a substitute. It didn’t appear that the Dane had made any contact with the ball, but there was no offence committed in his coming together with Kane.

It’s certainly a contentious one…