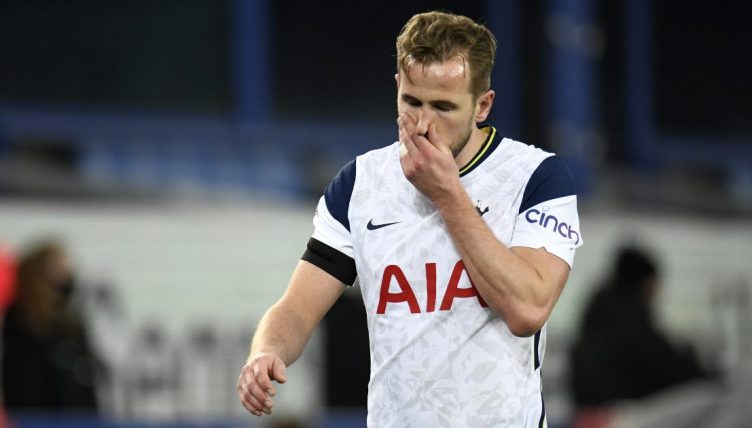 Harry Kane had a mixed evening during Tottenham‘s 2-2 draw against Everton, scoring twice before suffering a late injury.

Kane capitalised on mistakes in the Everton defence to put Spurs ahead in the first half before grabbing a second-half equaliser.

The striker has now scored 219 goals in 333 Premier League appearances, making him the seventh all-time top scorer in the competition.

During second-half stoppage time, he appeared to roll his right ankle under the weight of a tumbling Richarlison. Kane went off for treatment and was replaced by Dele Alli.

“I don’t really know much. I don’t have much to say. I don’t want to be stupidly optimistic. At the moment I don’t know. I believe tomorrow we will have more detail,” Jose Mourinho said after the game.

“For him to come out it is not because it’s nothing, it’s something. The next match is Wednesday [against Southampton], the other is Sunday [in the Carabao Cup final], let’s see and let’s be positive.

“We all felt the same fears of something that stops him playing Wednesday and especially Sunday but we will see.”