Watch: Harry Kane misses great chance to give England the lead vs Germany 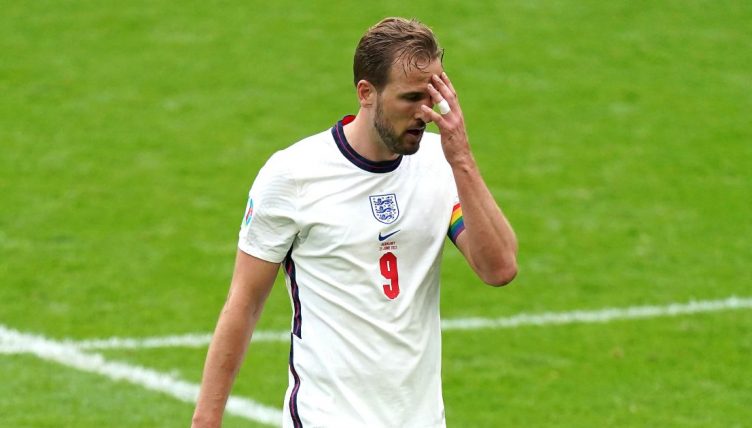 Harry Kane’s wait for a Euro 2020 goal continued during the first half of England‘s last-16 game against Germany at Wembley.

But the striker has struggled to replicate that form in an England shirt at Euro 2020, failing to find the back of the net in any of the three group games.

While Kane’s frustrating start to Euro 2020 has sparked calls for him to be dropped, Gareth Southgate has kept faith in his national captain.

“He’s our most important player,” Southgate recently told ITV Sport. “He’s fundamental not only because of the goals he scores but with everything else he brings to the team.”

The 27-year-old started against Germany and had a golden opportunity to break the deadlock in the 45th minute, but he failed to bring the ball under control.

A fine tackle from Mats Hummels' takes the ball off Harry Kane just as he was about to surely score.#ENG 0-0 #GER