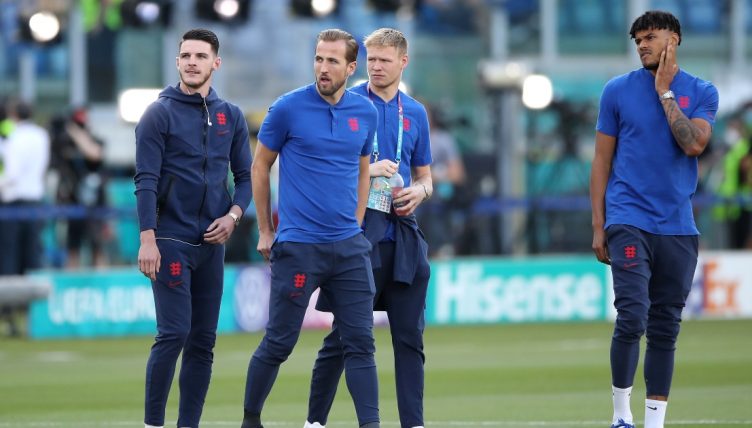 England strolled through to the semi-finals of Euro 2020 on Saturday night, beating Ukraine 4-0 at the Stadio Olimpico, but it is fair to say Harry Kane celebrated a bit too aggressively with Declan Rice after the second goal.

Kane fired England in front inside five minutes, poking Raheem Sterling’s through ball into the bottom corner before Harry Maguire added a second just a minute into the second half.

Kane scored his second soon after before Jordan Henderson added some gloss from the bench. But it was a moment following Maguire’s goal that caught the eye most.

As the team celebrated with the Manchester United captain, who had headed in a cross from clubmate Luke Shaw, Kane leapt on the backs of his teammates. In doing so, he appeared to accidentally strangle Rice. At least we hope it was accidental!

"KANE WITH THE CHOKEHOLD!" pic.twitter.com/9b9sfBSvSd