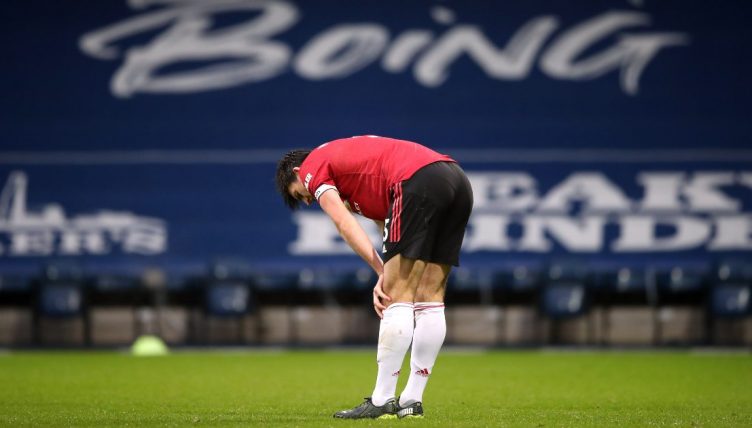 With Premier League leaders Manchester City cantering away from the pack, United needed a win to keep their faint titles hopes alive.

Yet their match at struggling West Brom proved a frustrating one for Ole Gunnar Solskjaer’s team.

With the home side offering stubborn resistance, United desperately needed a second goal and thought they’d won a penalty when Maguire tumbled over in the penalty area.

But VAR overturned the decision, as referee Craig Pawson consulted the pitchside monitors felt that Semi Ajayi had not made sufficient contact with Maguire.

After the game, the United captain told Sky Sports: “I was so certain it was a penalty. I’ve got no idea why he was told to go and look at it on the monitor.

“I’m goal side of the defender, I feel a touch on my shoulder and a clip on my heel. It’s minimal, but it’s a penalty – when the referee points to the spot you think there’s no chance it’s getting overturned.

“But we can’t rely on VAR decisions, we’ve got to do more to win games. A draw’s no good for us.”

Craig Pawson consults the monitor and decides that Ajayi hasn't made sufficient contact for Maguire to go to ground. No penalty.