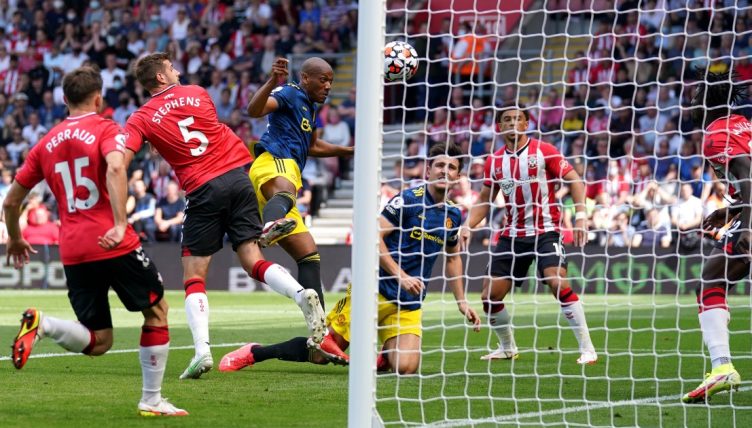 Manchester United captain Harry Maguire hit the bar with an early header as the visitors laid siege to the Southampton goal.

And Ole Gunnar Solskjaer’s team started the game at a frenetic pace that should have seen them take the lead.

After being awarded a free-kick, Bruno Fernandes sent a wicked ball in the penalty area that Maguire met with a looping header despite seeming to fall over.

With Southampton goalkeeper Alex McCarthy stumbling backwards into the net, the ball thumped against the crossbar into the path of Anthony Martial.

But Martial’s header didn’t go in either, as Southampton defenders Mohammed Salisu and Tino Livramento scrambled the ball away.

Southampton manage to keep it out to stop the visitors opening the scoring! ⛔#SOUMUN pic.twitter.com/wgdrc5G5rF