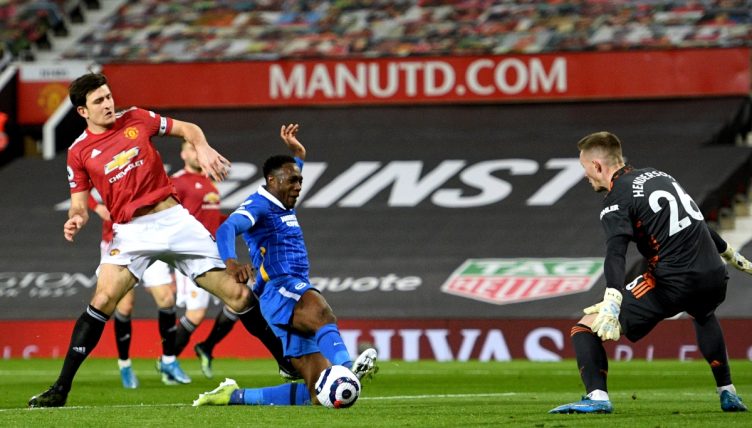 Danny Welbeck had a penalty appeal turned down against his former club as Manchester United beat Brighton 2-1 at Old Trafford.

Welbeck had an impressive game, scoring the opening goal that gave Brighton a deserved half-time lead

The ex-England striker was proving a handful for United centre-backs Harry Maguire and Victor Lindelof to contain.

United inevitably fought back in the second half, but Welbeck almost forced a penalty that would have altered the course of the game.

With the game level at 1-1, the 30-year-old was the subject of a heavy challenge in the box by Maguire.

Referee Mike Dean deferred to VAR, who ruled that the tangle of legs was insufficient for a penalty award.

United went on to snatch a late winner through a Mason Greenwood header that cements their position in second.

Welbeck and Brighton remain embroiled in a relegation dog-fight, with a tough run of fixtures before the season’s end.