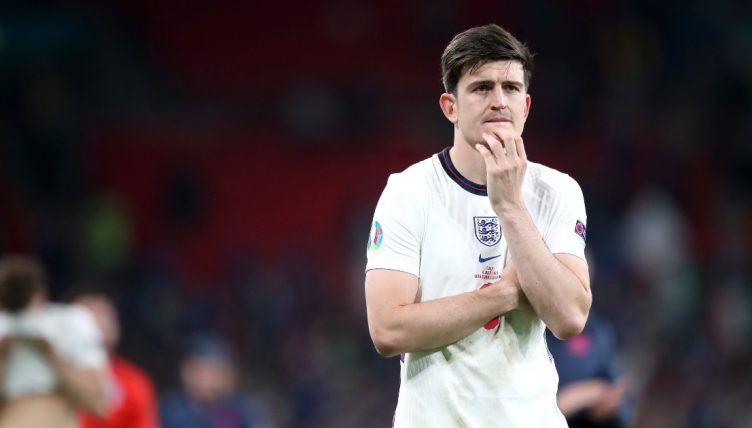 Manchester United captain Harry Maguire smashed an in-goal camera after scoring in the penalty shoot-out between England and Italy.

England and Italy battled to a standstill following an intense Euro 2020 final. Luke Shaw opened the scoring for England after just two minutes before Leonardo Bonucci equalised during the second half.

A penalty shoot-out ensued and things were looking rosy for England when Maguire put them 2-1 up with a textbook spot-kick.

After roofing his effort high into the net, Maguire somehow managed to break the in-goal camera with his precise effort.

Unfortuantely, his strike was in vain after misses from Marcus Rashford, Jadon Sancho and Bukayo Saka gave Italy the Henri Delaunay trophy.