Watch: Harry Maguire somehow manages to hit post from a yard out 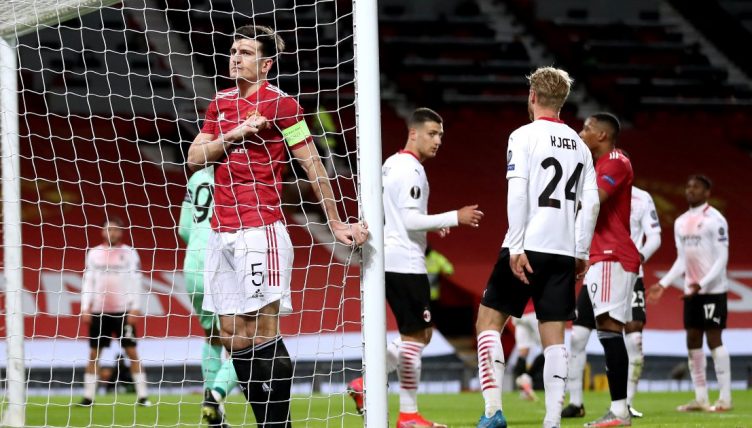 Harry Maguire had a minute to forget during Manchester United‘s Europa League clash with AC Milan at Old Trafford on Thursday night.

But with both clubs still trying to reach their previous heights, they faced off in the round of 16 of Europe’s secondary competition, albeit both appear in a strong position to qualify for the Champions League via their domestic leagues.

Milan started the better in the first half but saw goals from Rafael Leao and Franck Kessie disallowed.

United began to grow into the game only to see Maguire somehow fail to convert from a yard out with the goal at his mercy.

To make matters worse for the Red Devils’ captain, he had only just been inadvertently hit by an Alex Telles free-kick after standing in front of the wall in an attempt to obstruct the view of Milan goalkeeper Gianluigi Donnarumma.

"It's come off his shin pad! How has he missed!"

Harry Maguire looked baffled as to how the ball didn't go in 😬#UEL pic.twitter.com/6uemabE2vQ