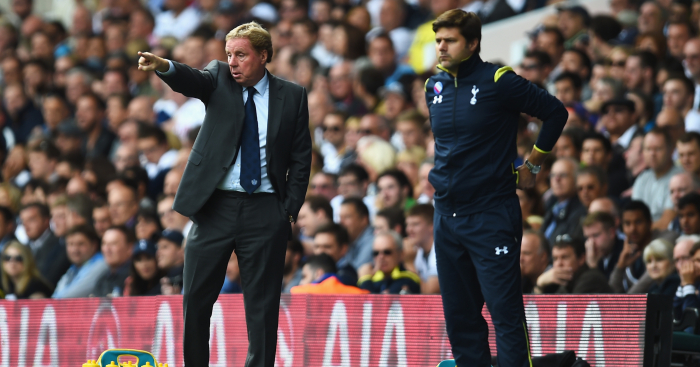 Harry Redknapp may have been known for loving a transfer but the former Tottenham boss has defended Spurs’ lack of activity in this summer’s window.

The transfer window closed in England on Thursday evening, with Spurs failing to add a single player to their squad.

Jack Grealish was reportedly Mauricio Pochettino’s main target, but the north Londoners failed to agree a deal with Aston Villa for the midfielder.

Redknapp, however, suggests that may not be such a big problem for Tottenham, although he admits he doesn’t think they will challenge for the title this season.

Watch the full clip below – and just remember: ‘Arry’s not a fackin’ wheeler dealer.

“I see them finishing in the top four for sure”