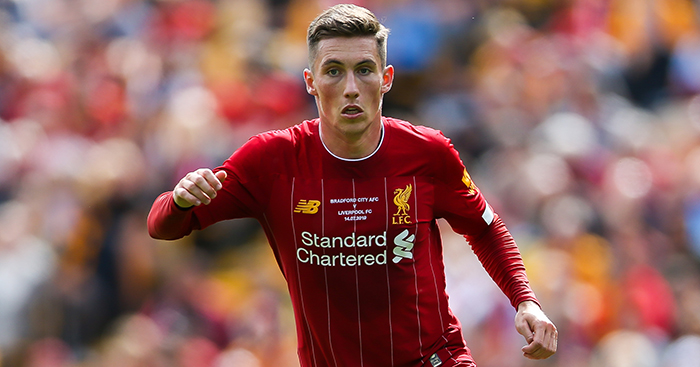 Harry Wilson continued his penchant for scoring screamers with another sensational strike as Liverpool rounded off their pre-season campaign with a 3-1 win over Lyon.

Wilson scored 17 goals on loan at Derby last season, many of which were long-range bangers or free-kicks.

He’s gone on to feature in all seven of Liverpool’s games this pre-season, and having already scored once in the 3-2 defeat to Borussia Dortmund in the US, the 22-year-old further strengthened his case to remain at Anfield this season with another goal in Geneva on Wednesday night.

Liverpool are reported to be willing to let him leave on loan to another Premier League club, while Newcastle and Bournemouth have been linked with permanent moves for a player the Reds are said to value at £25million, but strikes like this one might just convince Jurgen Klopp the best thing to do is keep Wilson around.

Receiving the ball on the half turn around 30 yards from the Lyon goal, the Welshman took one touch to get the ball out of his feet before unleashing a ferocious shot which arrowed into the top corner of the net.