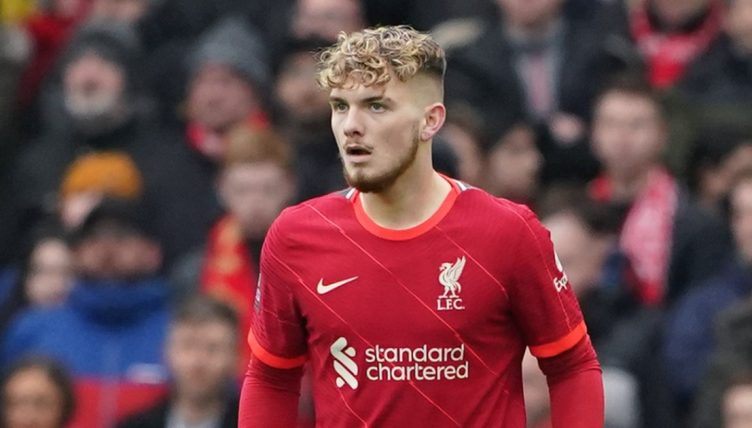 It was an emotional moment for Harvey Elliott when he netted his first Liverpool goal on his return to the squad, and his dad was in the stands to witness it.

Elliott, who was born and raised as a Liverpool fan, moved from Fulham to the Merseyside club in 2019 and later became the youngest ever player to start a match for Liverpool.

After a brilliant loan spell at Championship side Blackburn Rovers in 2020-21, he returned to Anfield and looked set for a breakthrough season in the top-flight.

But the teenager suffered a horrible ankle injury against Leeds United last September and has spent the last few months on the sidelines.

Elliott finally returned from the prolonged absence against Cardiff City in the FA Cup fourth round, coming off the bench in the 56th minute. He marked his return with a well taken left-footed finish and opened his goalscoring account for Liverpool.

It sparked huge celebrations from the Anfield crowd and that included Elliott’s dad who was videoed in the stands.

Elliott’s dad put his hands to his head in disbelief and put his hands over his face in an emotional moment. He applauded his son’s goal and blew kisses at the 18-year-old.

“It’s a stadium for all of us but for him, it’s the stadium – the only stadium!” Klopp told beIN SPORTS after the game when asked about Elliott.

“He’s been a Liverpool supporter since he was very little, he’s not grown that much but he’s now a proper football player and it’s a really nice one.

“I can imagine his dad was in the stands and had a little breakdown, it was just nice.”