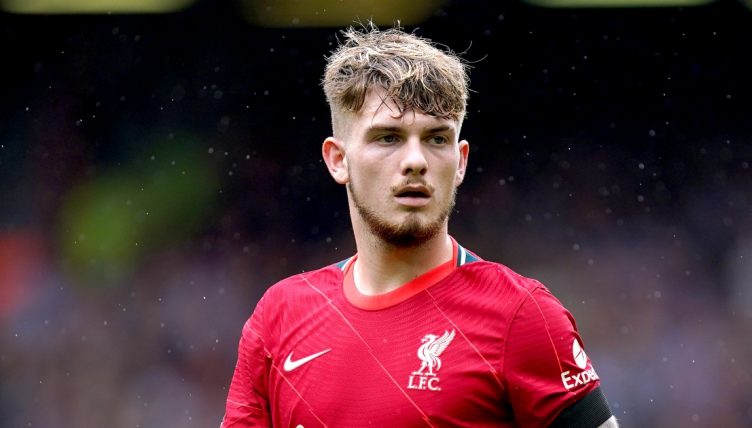 Harvey Elliott scored on his return from injury during Liverpool’s friendly win over Wrexham on Saturday.

Elliott was carried off on a stretcher after he suffered a serious ankle injury against Leeds back in September and was taken straight to hospital.

The 18-year-old underwent successful surgery in London two days later and Liverpool expressed their hope that he would play again before the end of the season.

And Elliott featured in a specially arranged behind-closed-doors friendly against Wrexham and managed to get himself on the scoresheet.

The teenager played 60 minutes of the match, starting as a right midfielder before pushing forward to the right of a front three after halftime.

But Liverpool fans will be most heartened by Elliott’s goal against their National League opponents, dribbling through three defenders before slotting home a tidy finish.

Jurgen Klopp told reporters earlier this month: “He has a foot injury and there are rusty mornings when you get up and it does feel rusty.

“But he is running outside now with full body weight on it, that is a good sign.

“When he will be back I have no idea. From a mental point of view, Harvey is rather an old soul, I would say he is very mature for a young age. He is completely fine with the situation, he has accepted it, he deals with it.

“Everybody around tries to help him. I think I must try and cheer him up some days, but it is rarely needed because he has a brilliant family at home and is a rather positive fella.

“And yes we all hope from a physical point of view a young age helps him to recover quickly but quickly is not so important. Fully is the main thing.

“At the moment, and I hope I don’t eat my words, but I cannot see a scenario where we would think about rushing him back.”

But there are reports Elliott could feature in next weekend’s FA Cup tie against Cardiff City – and Liverpool fans would certainly welcome his return.

Harvey Elliott’s goal from the game he featured in yesterday 🔥🔥 pic.twitter.com/LNOa7KVo6Q