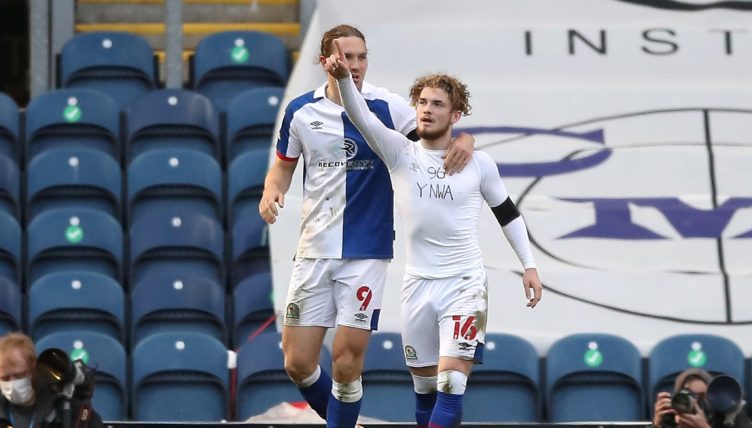 Harvey Elliott has been on fire during his loan away from Liverpool with Blackburn Rovers and scored his sixth goal of the season for Tony Mowbray’s side on Friday evening against Derby County.

The Rams arrived at Ewood Park on the cusp of a relegation battle but took the lead after 22 minutes through Tom Lawrence to offer Wayne Rooney and his side a much-needed boost.

But it was a lead that was quickly thrown away, with Sam Gallagher equalising three minutes before half-time and when Derby got themselves in a muddle just after the hour mark, it was Elliott who benefited. Gallagher forced the error before the ball eventually found its way to the on-loan Red.

Jinking his way past the attentions of one defender, the 18-year-old steadied himself before firing a shot that was too hot to handle for David Marshall.

It was a great goal, but so too was Elliott’s celebration. Thursday marked the 32nd anniversary of the Hillsborough disaster, in which 96 Liverpool fans lost their lives, and removing his match shirt, Elliott revealed a simple message of ’96’ and then ‘YNWA’ below.

Watch: TAA creates chance for Firmino with brilliant outside of the boot pass