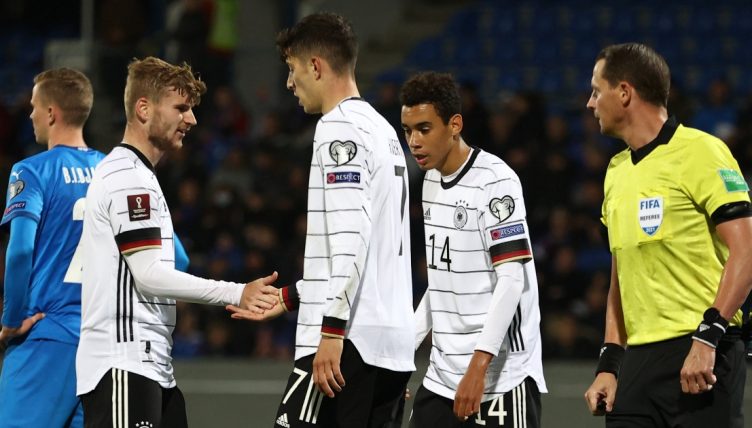 Kai Havertz helped save the blushes of Chelsea team-mate Timo Werner during Germany’s 4-0 win over Iceland.

Havertz and Werner both completed big-money moves to Chelsea in the summer of 2020 but have had contrasting fortunes in recent months.

While Havertz netted the winning goal against Manchester City in the Champions League final, Werner has lost his place in the side to Romelu Lukaku.

The latter is yet to score for Chelsea this season but did find the back of the net in Germany’s recent World Cup qualifiers against Liechtenstein and Armenia.

He then had another moment to forget in the win over Iceland, firing the ball over the crossbar from just six yards out.

But Werner bounced back and linked up with Havertz before firing a shot against the post. Despite having the chance to steal the goal and get on the scoresheet himself, Havertz just watched as the ball trickled over the line.