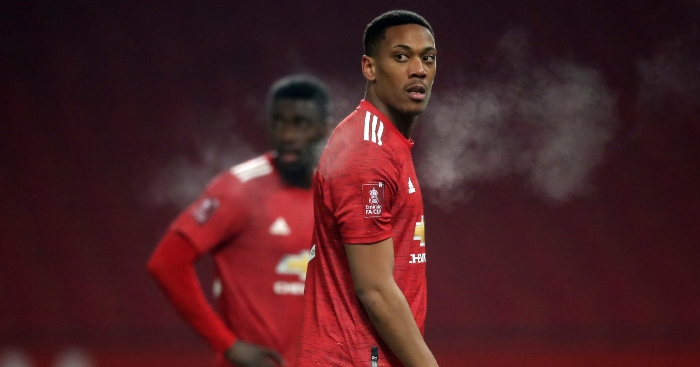 United had the chance to leapfrog Manchester City back into top spot but struggled to get going against bottom-of-the-league Blades, who had only won once in the Premier League this season.

Kean Bryan headed home the opener in the 23rd minute before former Sheffield United defender Harry Maguire scored his first goal at Old Trafford to level it up.

Chris Wilder’s side then capitalised on some poor defending from the hosts. Oliver Burke was left unmarked in the penalty area and his strike went in via a deflection off Axel Tuanzebe.

Speaking on BT Sport after the game, Ferdinand criticised Martial for jogging back after losing the ball in the build-up to Burke’s goal.

He also singled out Nemanja Matic and Alex Telles for their lack of urgency, admitting that Bruno Fernandes was the only player that “burst into life”.

"Martial please sprint to him, PLEASE!"

"Mr. Matic, please get out to the ball!"@rioferdy5 looks into the sequence that summed up a disappointing night for Man Utd 😤 pic.twitter.com/y9RuZJ2EZ0