Watch: ‘He could do it all!’ Gen Zer’s first reaction to Samuel Eto’o 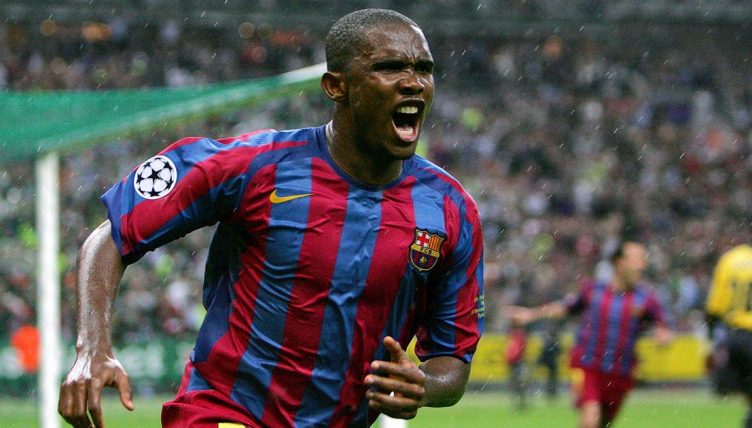 In the latest episode of our football legends reaction series on YouTube Ben was lucky enough to get the chance to check out the brilliant Samuel Eto’o for the first time.

Perhaps one of the most underrated strikers of the 21st century, Eto’o scored over 400 career goals between 1997 and 2019.

He scored 36 goals for Barcelona in their 2008/09 treble-winning season, which is still considered as one of the greatest club sides of all time.

During his time in Spain, he won three league titles and won two golden boots, scoring 130 goals for Barcelona in 199 matches.

He left Barcelona in 2009 to join Inter Milan, where he would once again enjoy a record-breaking treble.

Inter snatched up the Serie A, Coppa Italia and Champions League with ruthless efficiency.

After two years with Inter and 53 goals scored in the process, he then joined Anzhi Makhachkala in the Russian League.

Eto’o was also a two time African Cup of Nations winner for Cameroon.

Considered by many as the greatest African player of all time, Eto’o is Cameroon’s all-time top goalscorer with 56 goals for his country in 118 appearances.

Samuel Eto’o was truly one of a kind.