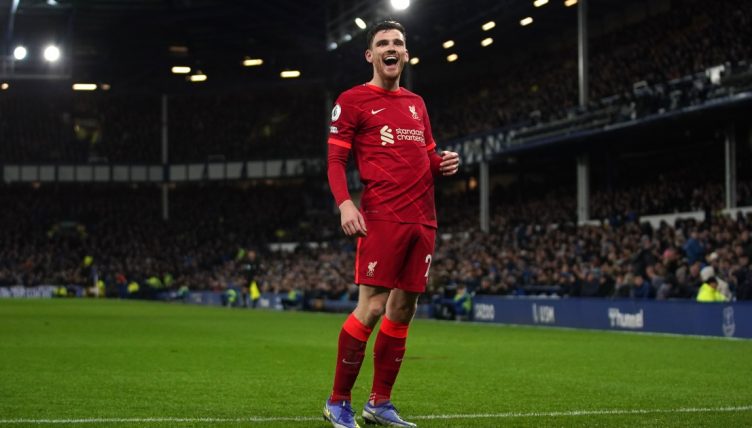 Despite only joining Liverpool from RB Leipzig in the summer, Ibrahima Konate already seems to know his team-mates pretty well.

Konate, who has been eased into the side by Jurgen Klopp, spoke about the squad during an interview with Premier League’s Uncut show on YouTube.

The France Under-21 international certainly didn’t have to think long when asked about the biggest practical joker at Liverpool.

Robertson has established himself as one of the best left-backs in the world but is also renowned for his excellent tenacity and shithousery.

As Konate says, the Scotland international famously ruffled Messi’s hair in 2019 and also stood up to Ronaldo earlier this season.