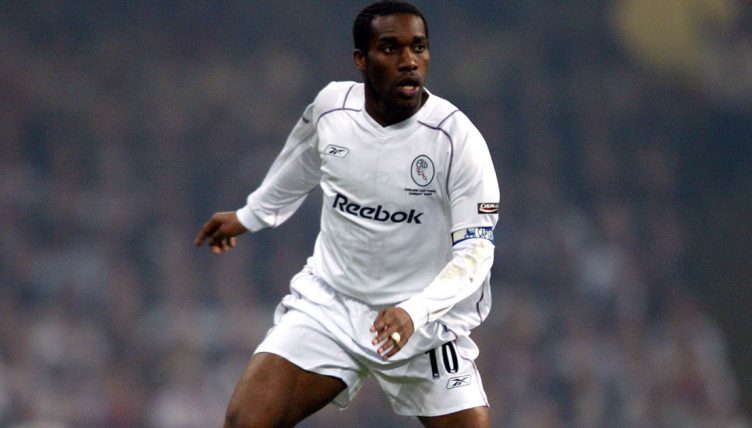 Ben HD got his first chance to watch the brilliant Jay-Jay Okocha in the fifth episode of our new football legend reaction series on YouTube – and, as you’d expect, the Bolton legend left quite the impression.

At 21, Ben only started to watch football around 2007 so is too young to have witnessed Jay-Jay Okocha at his peak, with Ben explaining “I know that he played for Bolton and that’s about it really”, so it’s about time we put that right.

Ben looked into Eric Cantona, R9 Ronaldo and Zinedine Zidane in the first few episodes of the series, and now it’s Jay-Jay Okocha, one of the most iconic players of the past 20 years.

Despite never winning a league title, Okocha is considered to be one of the most skilful players of all time and he had a large influence on the career of Ronaldinho.

Ben might have been too young to witness Jay-Jay Okocha’s skills live in the flesh, but this is the next best thing…