Watch: ‘He was one of a kind!’ Gen Zer’s first reaction to Gazza 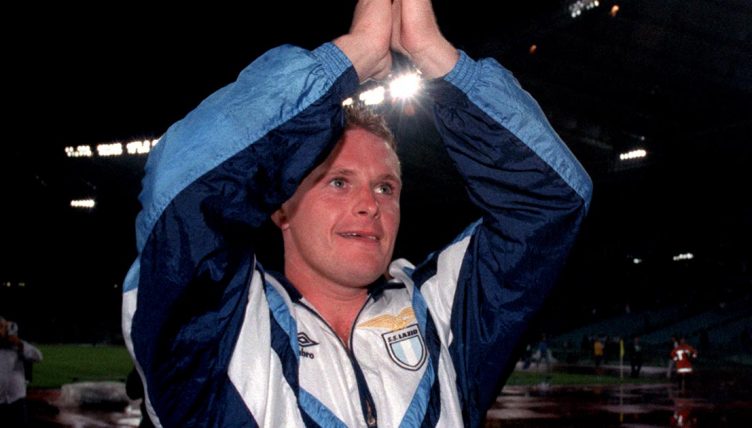 As we are in an international break at the moment, we thought it was the perfect time for Ben to react to Gazza in the latest episode of our football legends reaction series on YouTube.

Paul Gascoigne is one of the finest footballers England has ever produced and his famous goal against Scotland in Euro 96 will forever be cherished.

Gazza was capped 57 times by England and he scored ten goals for his country between 1988 and 1998.

In his club career, Gazza scored 110 goals in 468 appearances for the likes of Newcastle, Spurs, Lazio and Rangers.

He recently returned to Ibrox in a charity match and got the biggest cheer from the crowd when he stuck this one away.

As Ben was too young to witness Gazza at his peak back in the day, we had to show him just how good he really was in our latest YouTube reaction…