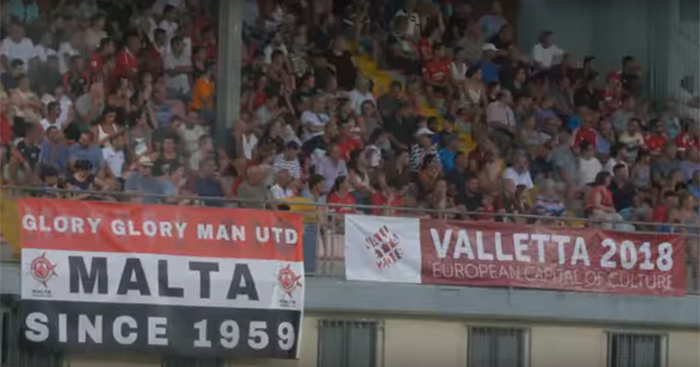 You might guess the first Manchester United Supporters’ Club was set up in Stretford, Sale or maybe slightly further afield – but you almost certainly wouldn’t guess Malta.

Yet, back in 1959, a year after the Munich tragedy, it was indeed in the Mediterranean where the first official United supporters’ club was authorised. It was also the first any club in the UK had outside of the British Isles.

And as the supporters’ club celebrates its 60th year, filmmaker John Gubba has visited Malta to get the story behind it – and what keeps it going to this day – in what he describes as one of “the best things I’ve done in a lifetime of money-can’t-buy experiences”.

It is the first film of what Gubba hopes will be a series, ‘Man Utd The Religion’, and the promotional video alone is enough to make United fans swell with pride as founder John Calleja recalls his excitement – and surprise – at Matt Busby agreeing to the supporters’ club.

As well as some of the club’s most passionate members, the video also shows Gary Neville on what has become an annual pilgrimage to Malta.

“I came over here not knowing what to expect in my first trip and was amazed by the support,” Neville says. “I’ve always come back to Malta, every single year. It’s my Manchester with the sun.

“It’s a special place for me in the sense that I’ve been coming here for so long, and the people mean a lot to me.”

Gubba has visited Malta four times in total to film some “wonderful behind the scenes footage” that he plans to include in the full documentary, which he says is “a passion project that has consumed me for some time”.

You can watch the promotional video below, and United fans are urged to sign up for free at manutdthereligion.net to get access to this documentary and more exclusive content as it becomes available. You can also keep up to date with the project on Facebook at MUFCtheReligion.