Watch: Bellerin left blushing after kicking ball out of play with failed skill 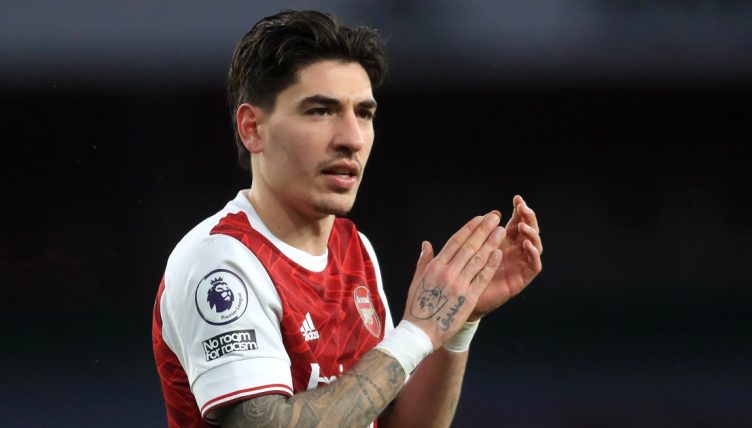 Arsenal‘s Hector Bellerin attempted to trick his way past Fernandinho – but ended up kicking the ball out of play instead.

Bellerin was part of an Arsenal team hoping to be the first to avoid defeat to Manchester City in 18 matches, but the Gunners conceded an early goal to Raheem Sterling.

Arsenal were sporadically impressive in the half that followed, but the full-back’s attempt at getting an equaliser backfired.

Taking on Fernandinho, Bellerin teased his opponent with some fancy footwork.

However, this was undone the second he accidentally nudged the ball over the touchline instead.

Don’t worry Hector, we speak from experience when we say we’ve all been there.

Watch: Matteo Guendouzi dives in his own box before Hertha concede goal