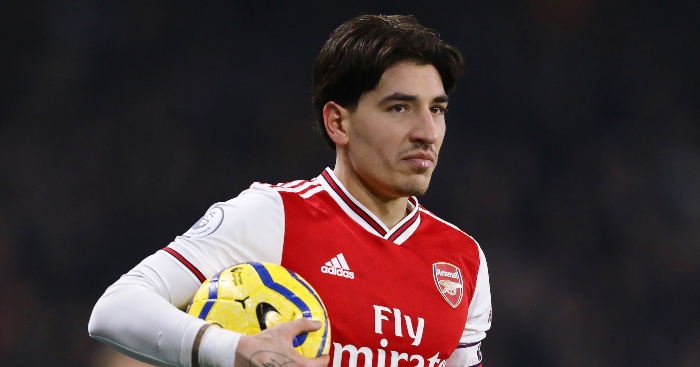 After winning the FA Cup, Arsenal kicked off the new campaign with a penalty shootout victory over Liverpool in the Community Shield.

Pierre-Emerick Aubameyang curled a stunning shot past Alisson from the edge of the area to give the Gunners the lead in the first-half.

Substitute Takumi Minamino slotted the ball past Emiliano Martínez for his first Liverpool goal to draw the Reds level in the 73rd minute.

Aubameyang then scored the decisive penalty in the shootout, but he wasn’t the only Arsenal player to catch the eye.

Hector Bellerin showcased his excellent footwork at Wembley, receiving the ball on the right flank before putting it through Sadio Mane’s legs.