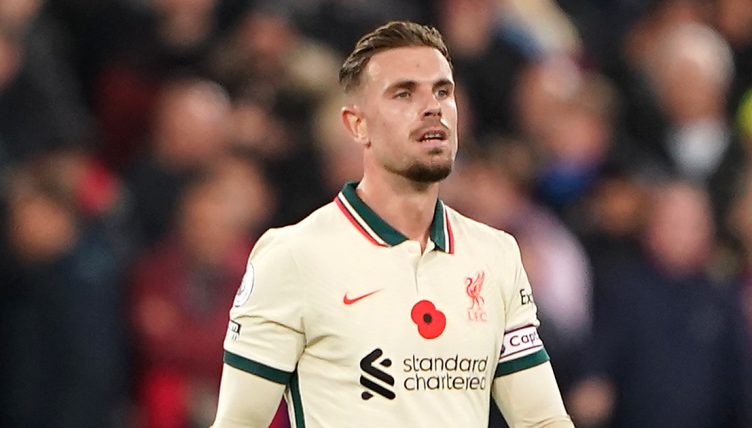 Jordan Henderson had an awkward moment to forget during Liverpool‘s first defeat of the season last weekend.

We’ve all got those moments where you physically shiver and want the world to swallow you up, and Henderson may well feel that way when he looks back at telling Angelo Ogbonna to get up.

In fairness to the Liverpool skipper, football these days is rife with players taking time to get back to their feet, trying to give the impression they’re a lot more hurt than they actually are. This wasn’t one of those.

Henderson was looking right at the incident as Ogbonna was clattered into by Diogo Jota. It looked relatively innocuous at first glance, but the West Ham centre-half felt his face and then fell to the ground as the referee signalled to stop the match.

Looking incensed at the break in play, Henderson went over to the Italian and told him to get up. Ogbonna obliged, getting to his knees and showing his bloody face, resulting in Henderson immediately realising he was mistaken.

West Ham went on to move ahead of Liverpool with a 3-2 win at the London Stadium, but Ogbonna later suffered an ACL injury that will keep him sidelined until next year.