Watch: Henderson jokes Salah will “claim all of them” after 30th PL goal 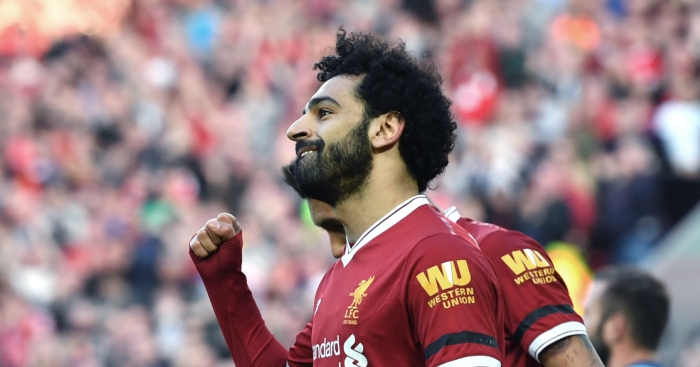 Liverpool captain Jordan Henderson joked in his post-match press conference that Mohamed Salah “will claim all of them” after he scored his 30th Premier League goal in a 3-0 win over Bournemouth.

Each of Liverpool’s outstanding front three scored in the comfortable victory over Eddie Howe’s mid-table Cherries, taking their combined goal tally to an incredible 82 for the season in all competitions.

Sadio Mane opened the scoring in an impressive first half, during which he roasted Jermain Defoe with some excellent skill.

Salah then added the second with a fantastic header before Roberto Firmino rounded off the scoring with a goal in the 90th minute.

Henderson was being interviewed alongside man of the match Trent Alexander-Arnold, who delivered a perfect cross for Salah’s goal and had fans pressing for an England call-up for the right-back.

The attention was all on Salah, however, as he became the first African player to score 30 Premier League goals in a season, with the skipper’s joke referencing Harry Kane going to an appeal to register last week’s winner at Stoke – which he appeared not to touch.