Watch: Henderson takes penalty away from Calvert-Lewin & then misses 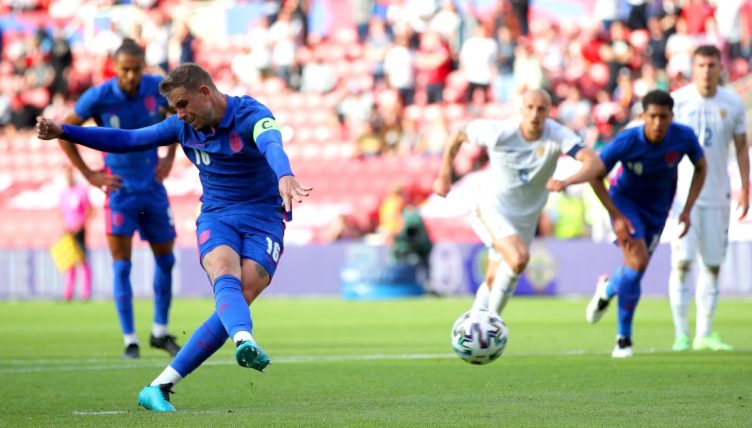 Henderson hadn’t scored for England in 58 appearances for his country but spied an opportunity to break his duck when ex-Tottenham defender Vlad Chiriches clattered Dominic Calvert-Lewin in the penalty area.

The Liverpool captain wrestled the ball away from Calvert-Lewin and readied himself to score his first England goal.

Things didn’t work out that way. Henderson’s penalty was struck at a comfortable height and the Romania goalkeeper Florin Nita dived to his right to palm the spot-kick away.

Before the game, outspoken pundit Roy Keane claimed Henderson should not have been picked for the Euros.

Speaking on ITV Sport, he said: “It is already a distraction for Jordan. I was convinced Jordan was going to play the other day and certainly maybe start the game.

“I know there is talk that he is going to come on for the second 45 minutes, but why not start him in the first 45 minutes where there is obviously more intensity?

“The second half there’ll no doubt be plenty of changes, so I think it is a huge distraction. Clearly, Jordan is not fit. I don’t think he should be involved.”