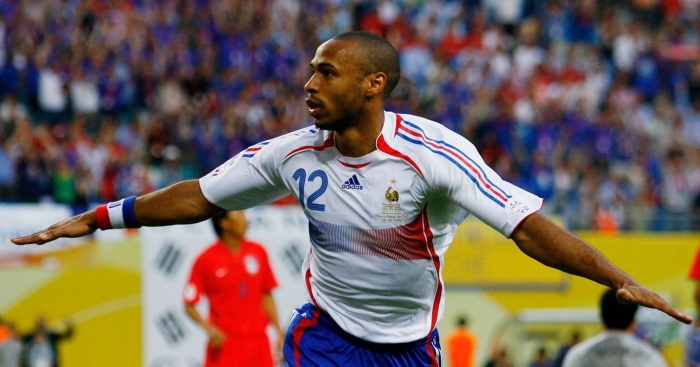 Henry and Zidane lined up alongside their fellow World Cup-winning squad to celebrate 20 years since the victory, with the likes of Laurent Blanc, Patrick Vieira and Robert Pires also taking to the field against a FIFA 98 all-stars side.

The match also marked Arsene Wenger’s first appearance in the dugout since he left Arsenal at the end of the season, as he took charge of a FIFA 98 side which featured Edgar Davids, Patrick Kluivert and Usain Bolt.

Henry and co weren’t forgiving to their former boss, though, as the French side ran out 3-2 victors, partly thanks to a moment of brilliance from the Arsenal legend.

The striker strode forward with the ball outside the box, and played a clever fake shot to lay the ball into Zidane’s path, with the former Madrid player and manager returning the pass and Henry finishing well into the bottom corner.

Watch the nicely-taken goal below.