Watch: Hernandez backs down from fight with Haaland in funny U-turn 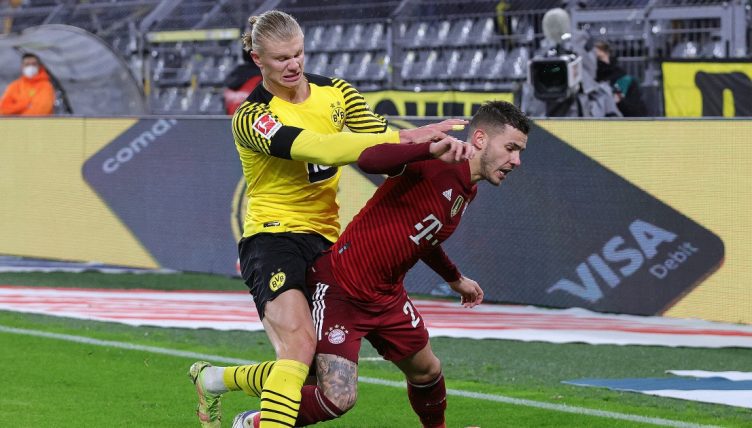 Erling Haaland was involved in a funny clash with Lucas Hernandez during Borussia Dortmund’s 3-2 defeat to Bayern Munich.

Julian Brandt fired Dortmund into the lead in the opening five minutes before Robert Lewandowski and Kingsley Coman turned the game around.

Haaland scored a brilliant equaliser in the 48th minute and then fouled Hernandez near the corner flag moments later. The France international did not appear happy with the challenge and looked ready for a confrontation.

But as he came face-to-face with the prolific Dortmund striker, the defender immediately backed down and outstretched his arm for a handshake.

Hernandez still had the last laugh as Lewandowski scored the winning goal from the penalty spot in the 77th  minute. The win also saw Bayern open up a four-point lead at the top of the Bundesliga.

Lucas hernandez was mad and wanted to fight but then realised that it was Haaland😭😭 pic.twitter.com/Qo9ZiI2TgP