Watch: Hertha keeper makes save but knocks ball against face and into net 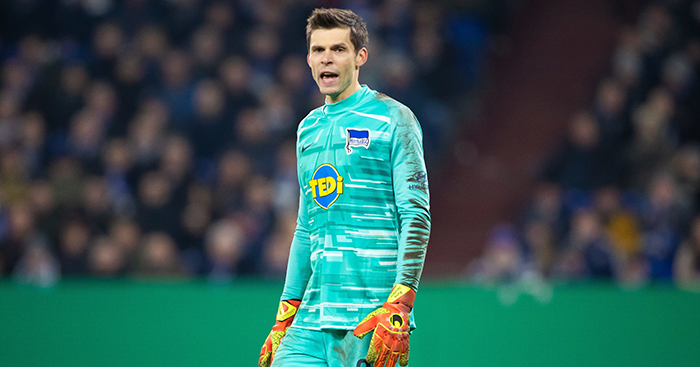 Hertha Berlin goalkeeper Rune Jarstein made a decent save to deny RB Leipzig’s Patrik Schick on Wednesday night – only to somehow let the ball squirm from his grasp and into the net.

Lukas Klostermann had cancelled out Marko Grujic’s early opener for Hertha at an empty Red Bull Arena, but Marcel Halsenberg’s red card for the hosts in the 63rd minute appeared to have swung the game back in the mid-table visitors’ favour.

However, five minutes later a relatively harmless shot from Schick put Leipzig ahead in circumstances we’re still struggling to explain after watching this goal on loop.

Jarstein appears to have dealt with the effort initially, and even though the ball gets through his hands, he should still have been able to retrieve it easily enough after it had hit a combination of chest and face.

But in an awkward-looking attempt to grab it, Jarstein manages to bat the ball backwards and over the line for a bizarre own goal.

Watch it below to work out for yourself what on earth has gone on.